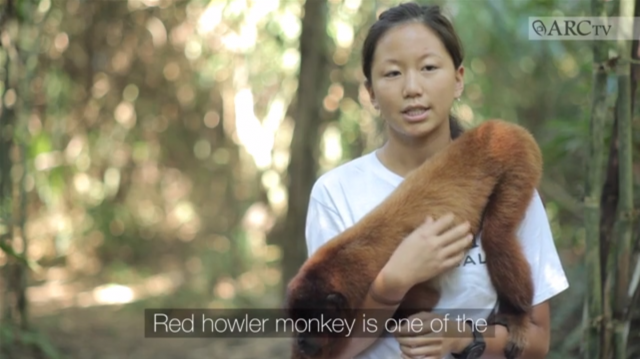 Howler monkeys (genus Alouatta monotypic in subfamily Alouattinae) are among the largest of the New World monkeys. Fifteen species are currently recognised. Previously classified in the family Cebidae, they are now placed in the family Atelidae. These monkeys are native to South and Central American forests. Threats to howler monkeys include human predation, habitat destruction and being captured for captivity as pets or zoo animals. These monkeys are famous for their loud howls, which can travel three miles through dense forest.

This video was created to download and share freely for educational purposes. It may not be used or reproduced for commercial purposes (for monetary gain or the promotion of any private entity) without express permission from the Alliance for Research and Conservation in the Amazon (ARCAmazon) who can be contacted using info [at] conservetheamazon [dot] org Creative Commons Attribution-NonCommercial-NoDerivs 3.0 licence (CC BY-NC-ND 3.0)

WATCH THE NEXT EPISODE