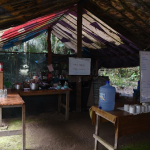 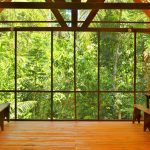 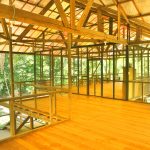 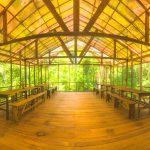 ARCAmazon has partnered with the company LUSH Fresh Handmade Cosmetics to build a Conservation Center at the Las Piedras Amazon Center (LPAC). This was made possible thanks to a large donation which was generously awarded to ARCAmazon by LUSH. The goals of this construction were to improve the experiences of visitors to LPAC, provide a safe and dry space for researchers, tourists, and members of nearby communities, and reduce the use of fossil fuels by ARCAmazon. The design and construction of the Conservation Center was a collaboration by local community members and LPAC staff. Many of the builders who worked on the Conservation Center were from the nearby communities of Boca Pariamanu, Asociación Río Piedras and Lucerna. The building materials utilized for the construction of the Conservation Center included sustainably-harvested wood which had already been felled, as well as old billboard for the roof.

Overall, the Conservation Center has been very well-received. Surveys filled out by visitors and staff indicate a great improvement in overall experiences, as well as the ease with which research and other work can be conducted. For example, a staff member at LPAC who studies fungi reported that her experiments are now much easier to conduct due to the stable floor of the new Conservation Center. Additionally, the aesthetics, sanitation, and functionality of LPAC has been greatly improved. For example, the old dining area of LPAC could become very muddy after heavy rains. The new dining area, located on the second floor of the Conservation Center, offers greatly improved sanitation in addition to a spectacular aerial view of the surrounding rainforest.

The construction of our Conservation Center has led to a massive increase in the number of volunteers staying at LPAC. Additionally, the organizations Rustic Pathways and Field Projects International have formed partnerships with ARCAmazon. Rustic Pathways is planning to begin sending eight student groups to LPAC each year. LPAC has also hosted a field course run by McDaniel College called Forest Online, as well as a leadership program for young professionals from the Madre de Dios region. We are thrilled to be able to allow more people to experience the wonders of the rainforest than ever before. Although the construction of the new Conservation Center was a highly ambitious undertaking, but we are thrilled with the final result. In 2019 we hope to expand on this project by installing solar panels, with the eventual goal of completely eliminating the use of fossil fuels at LPAC. 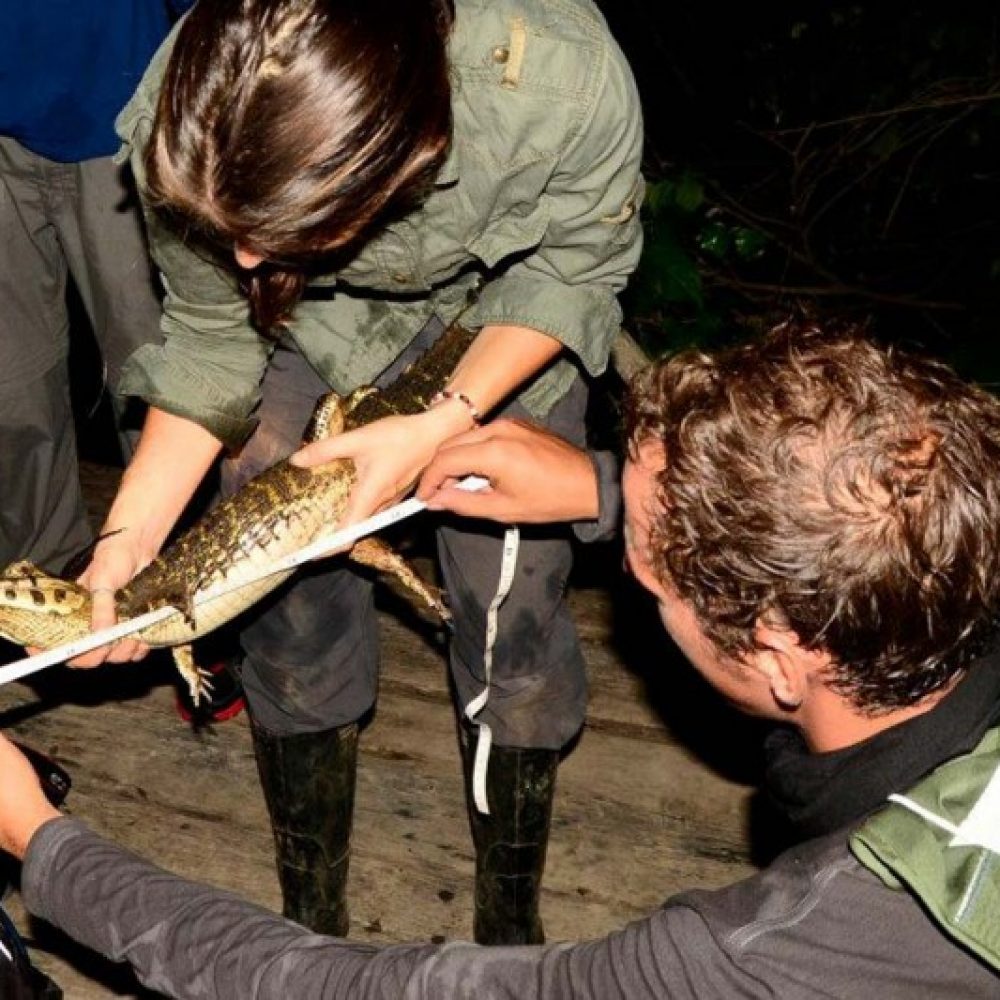 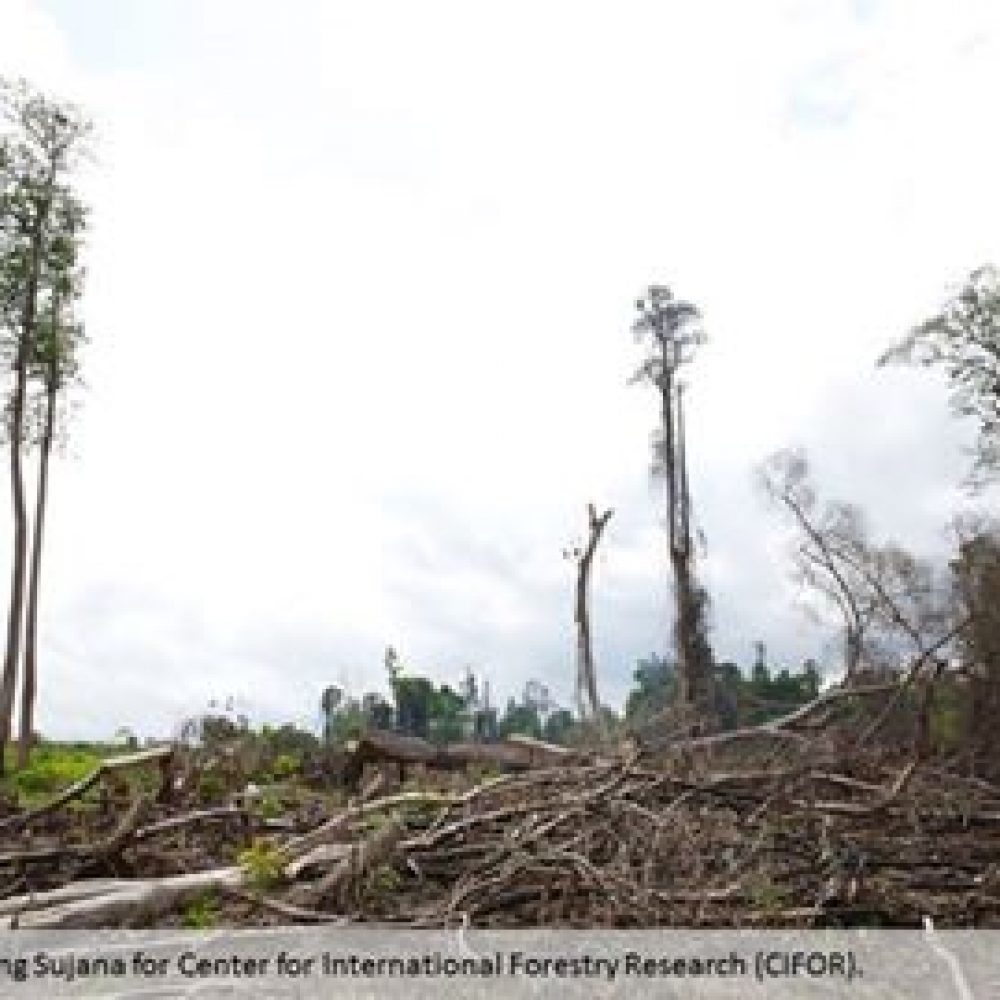 Haga clic aquí para Español. Did you know that one of the biggest threats to rainforests worldwide is unsustainable agriculture practices? Rainforests are stripped bare to make way for crops. The irony is, although rainforests are home to over half of the world species and considered one of the most biodiverse ecosystems on the planet, they are notoriously poor for growing crops. Rainforest soils are some of the least fertile on the planet. The topsoil layer in rainforests (the organic layer material at the surface) is sustained because of biomass. Biomass is the total mass of organisms in an area. Biomass is very high in rainforests and is the only reasons rainforests even have a topsoil layer. In rainforests, death sustains life. When an organism dies it decomposes very quickly in the humid tropics and allows for other organisms to thrive with a release of minerals and nutrients. The type of soil in rainforests is referred to as oxisols. Oxisols have a thin organic matter layer (in rainforests this is because the organism are decomposed so quickly and immediately recycled back into the system). Oxisols are depleted in minerals, partly because of the decomposition rate of organic material and also because of the amount of rainfall that leaches most minerals out of the system. These soils are a shade of red, due to the high levels of iron. When biomass is removed from an oxisol and new crops are planted, there is nothing left to form the topsoil layer (built from decaying organic material). This makes growth difficult for the new plants that usually survive only for a few years. These highly diverse and flourishing ecosystems are balanced precariously, depending on an intact and healthy system to continue to survive.   ¿Sabías que una de las amenazas más grandes para las selvas tropicales es la agricultura? Áreas de selva son destruidas para poner en su lugar cultivos. La ironía de esto es que aunque la selva tropical es el hogar de la mitad de las especies mundiales y es considerado uno de los ecosistemas más diversos en el planeta no puede sostener cultivos por mucho tiempo. Esto es por el tipo de suelo que hay en las selvas tropicales. Este tipo de suelo (tierra) se le refiere como un oxisol, rico en hierro y bajo en minerales. La capa superficial del suelo se regenera con organismos en descomposición como platas y animales. Cuando la tierra es despojada no existe regeneración de esta capa superficial, lo cual hace que los cultivos plantados no duren por más de unos años. 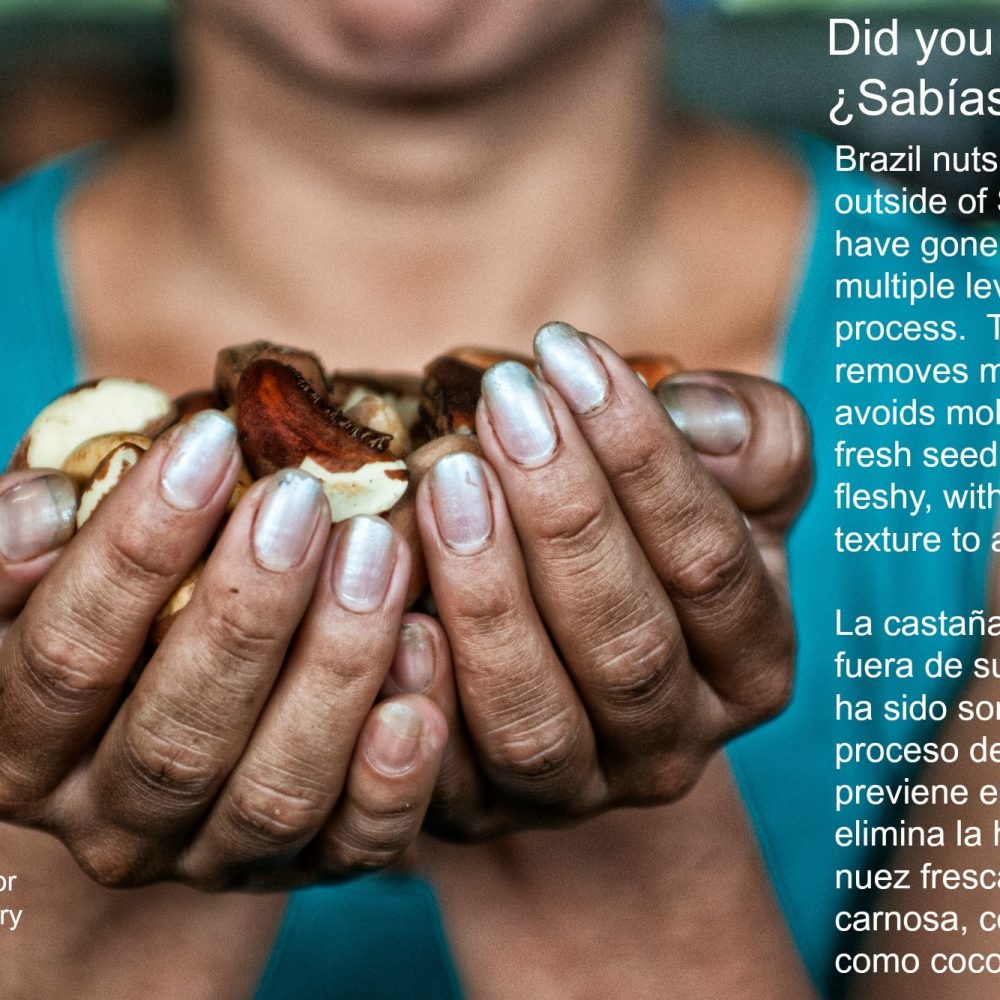 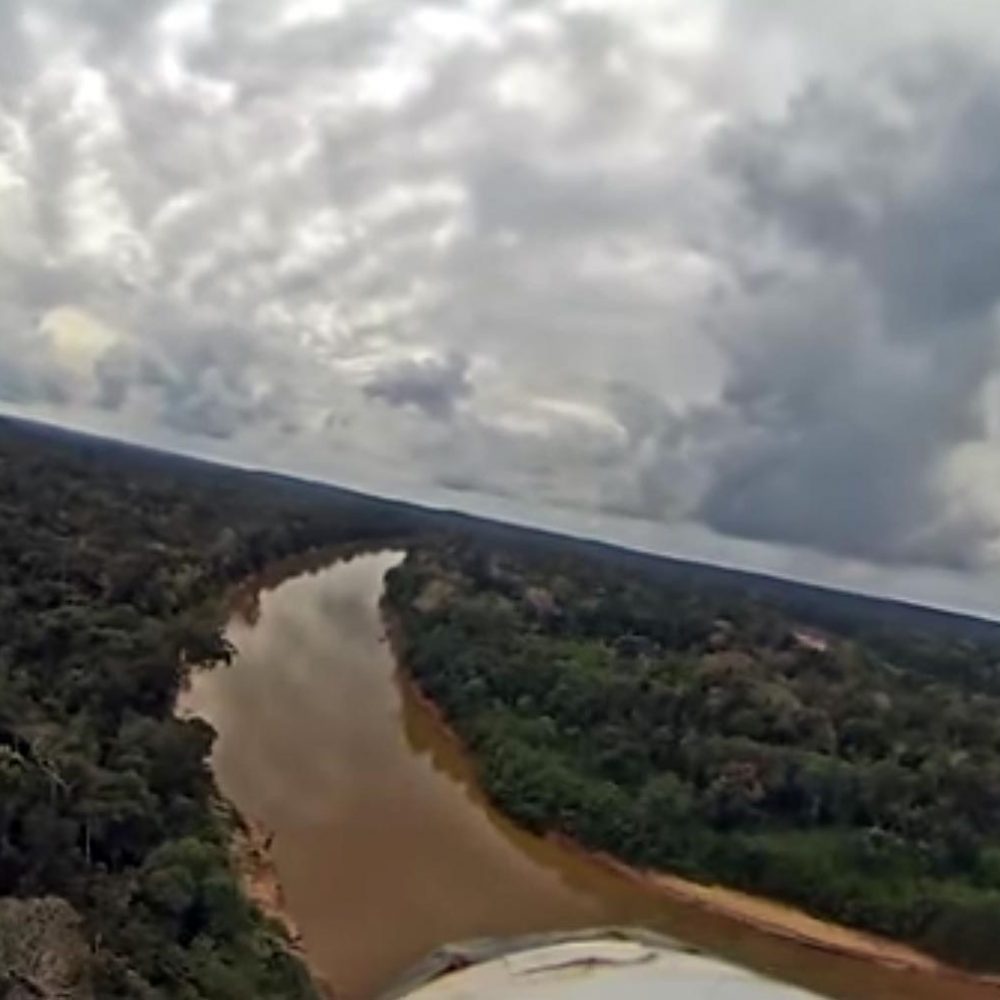 ….and we have lift off!! Do you want to see the ARC Project forest from a bird’s eye view? This fun short film was created by the BIG Tree Project team during their recent adventure (using eco-drones and more) up the Las Piedras River. Good work team! 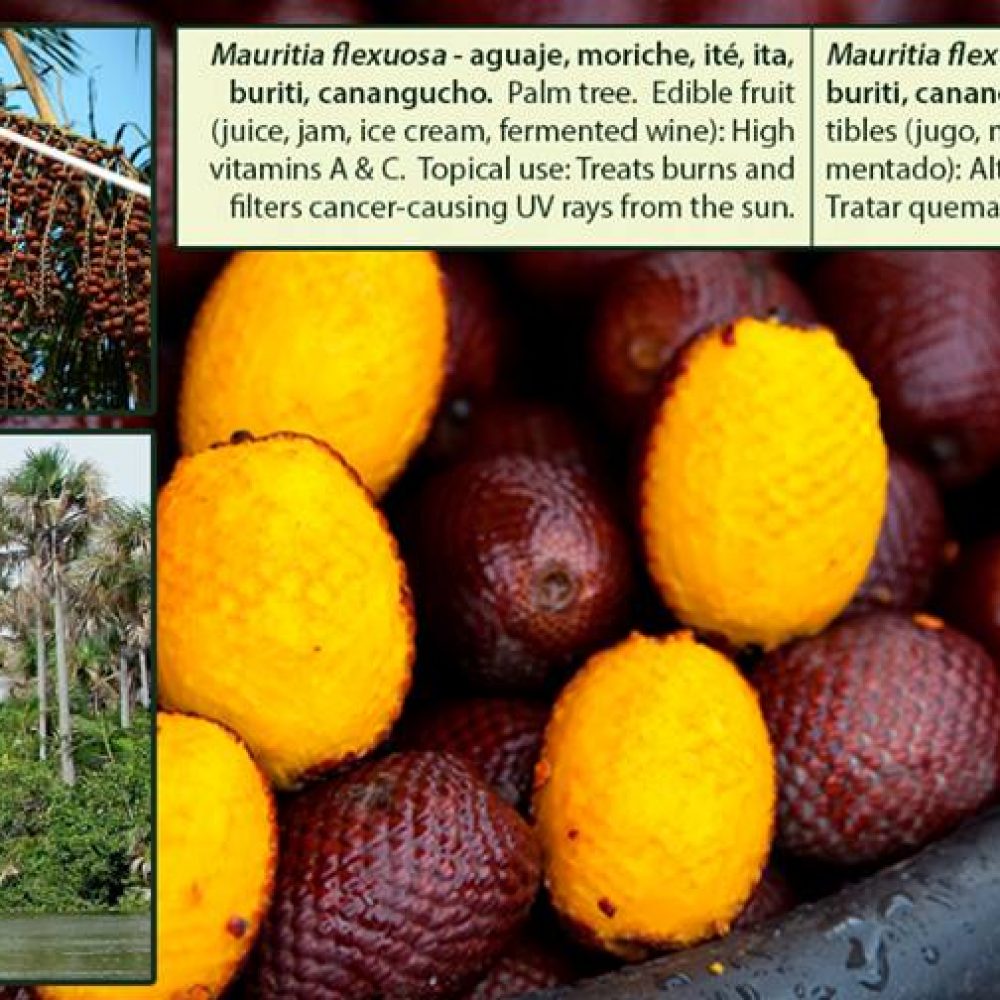 An acquired taste for some, but very popular on the streets of Puerto Maldonado. We love aguaje (Mauritia flexuosa)! A favorite for macaws and humans. The unmistakable call for “aguaje, aguajina…” is shouted by sellers across urban markets in the Peruvian Amazon. The palm grows in Trinidad, Colombia, Venezuela, Guyana, Suriname, French Guinea, Brazil, Ecuador, Peru and Bolivia.

The Amazon River flows east across the continent of South America, dumping vast amounts of water into the Atlantic Ocean each day. But at one point, the river actually flowed from east to west and, for a time, in both directions at once. When the continents of South America and Africa broke apart this created a raised highland along the east coast of South America, which tilted the river’s flow toward the center of the continent. The Andes Mountains on the west of the continent grew larger over time and eventually became large enough to send water and sediment over the Purus Arch, a central ridge which was once a divider of the Amazon River systems. By this time, the eastern highland had eroded away, and the river’s water could empty freely into the Atlantic. 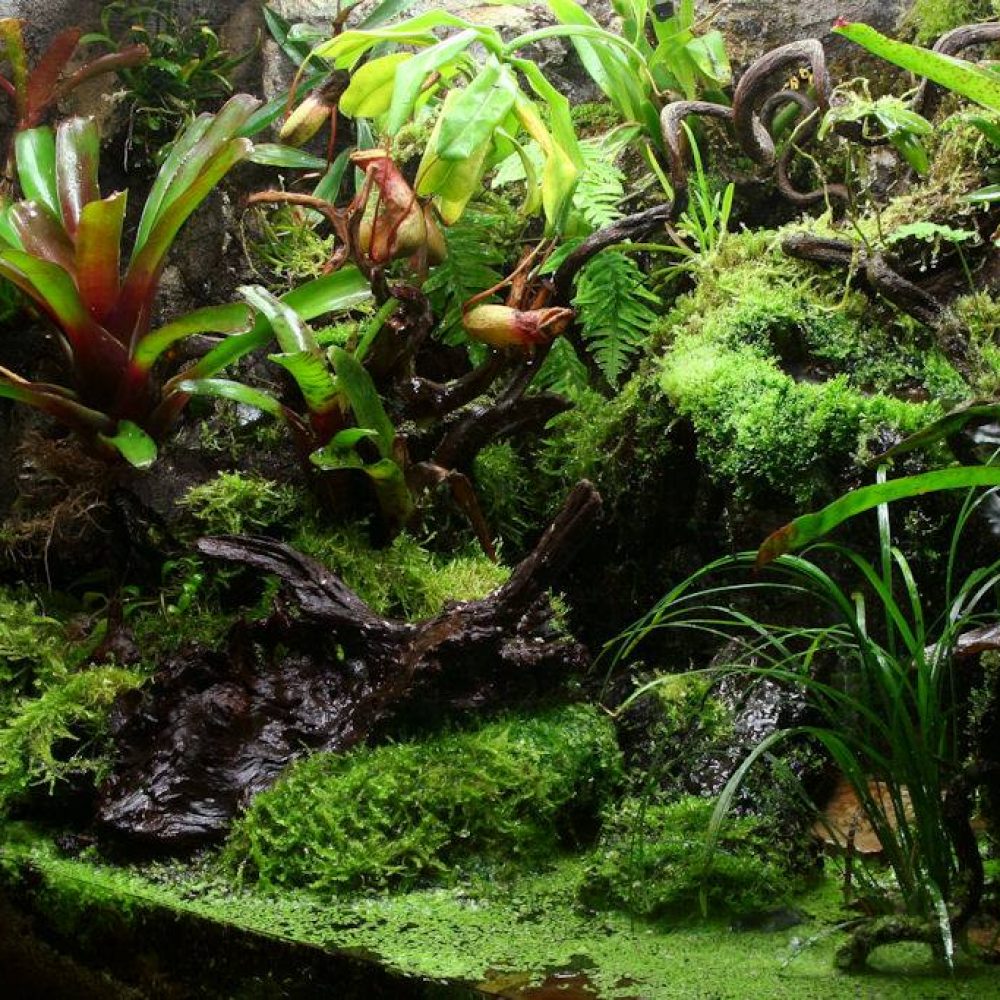 Missing the rainforest? You can build your own–well, something a lot like one–in your classroom or home. Terrariums are fun to create and can take just a few hours to complete, or many years to perfect. The one in this video (link below) must have taken a lot of work, but isn’t it beautiful? ‪#‎amazonacademy‬ What you will need: – A large fish tank (you can also use a 2L soda bottle cut in half) – Some small gravel – Some charcoal (you can get a bag of charcoal used for orchids) – Some very rich potting soil (like you get at the local garden shop) or compost from your yard, enough to cover the entire floor of the aquarium tank with 1 inch of soil – A few tropical plants (ask your garden shop manager to help you) – Some tap water – A piece of glass large enough to cover the top of the aquarium–make sure it will cover the entire opening in the top. What you need to do: – Put the gravel and charcoal in the bottom of the aquarium/soda bottle. – Now put the potting soil (or compost) in a layer of at least 1 inch on top of the gravel and charcoal. – Dampen the soil. – Plant the plants around the aquarium/soda bottle. – Spray 10 spritzes of water from a spray bottle into the aquarium/soda bottle. – Put the glass over the top. If you would like to, you can put clear tape around the edges to seal it. (If using soda bottle – put the top half on and seal with clear packing tape.) – Put your new terrarium in a warm, well-lit spot. – Watch what happens–keep a notebook. 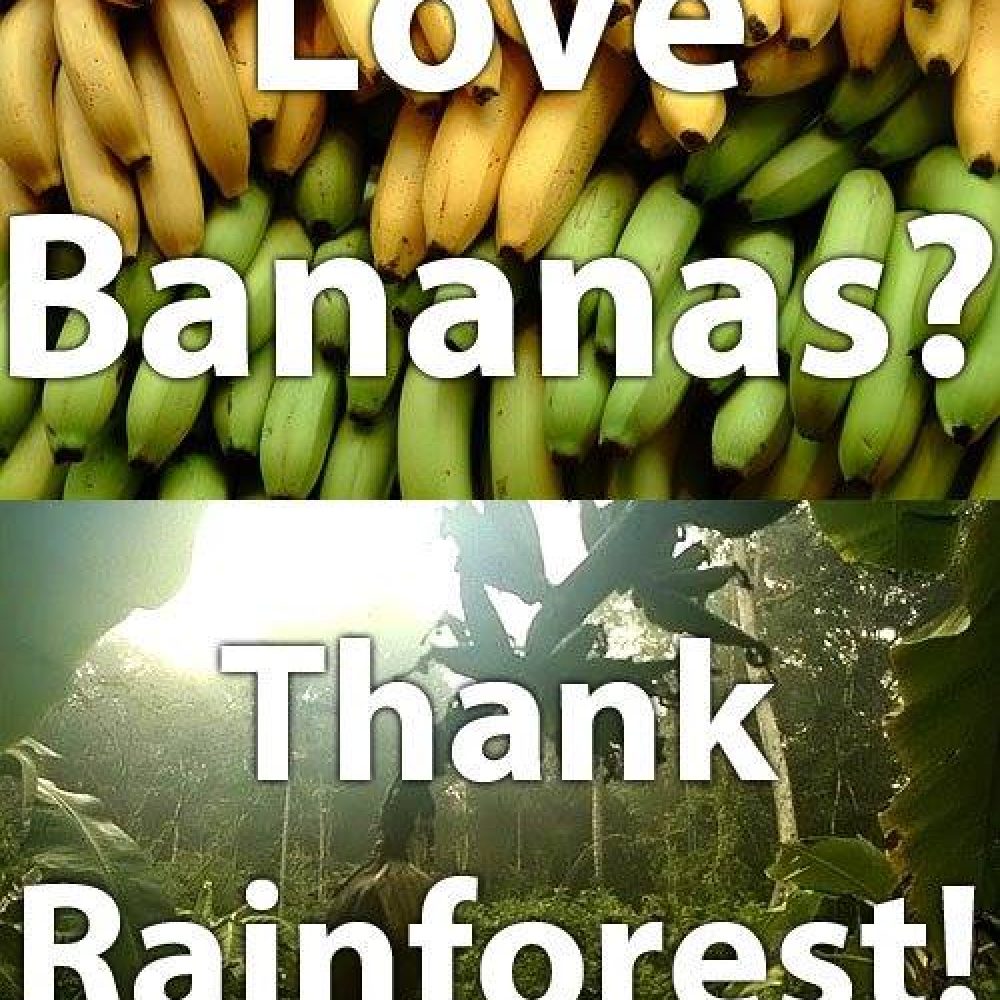 The forest regularly saves our global food supply by offering new, disease-resistant crops. Although we have sampled only a tiny fraction of the potential foods that tropical forests offer, they already have a profound influence on our diet. An astounding number of fruits (bananas, citrus), vegetables (peppers, okra), nuts (cashews, peanuts), drinks (coffee, tea, cola), oils (palm, coconut), flavorings (cocoa, vanilla, sugar, spices) and other foods (beans, grains, fish) originated in and around the rainforest. Thanks to Rainforest Alliance for the info.

posted by David Johnston
Testimonials  |  Info: There are no items created, add some please.